In younger oil fields, the underground pressure is high which is helpful for oil extraction. Over time, as oil is recovered so the pressure drops and production slows. This is the situation facing producers in the oil fields of California. The heavy and viscous nature of the oil in these fields only serves to further compound the problem. To keep such mature oil fields productive, Enhanced Oil Recovery (EOR) techniques such as steam injection are employed. 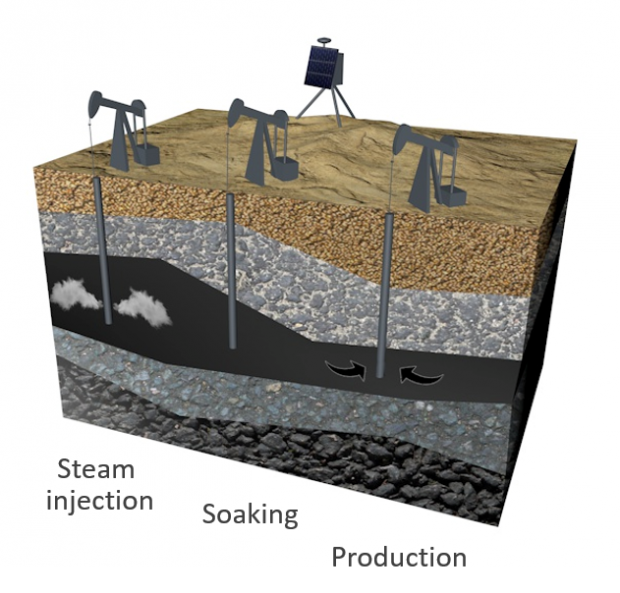 Figure 1: A schematic of the steam-injection cycle for Enhanced Oil Production

The cyclic steam injection method, shown schematically in Figure 1, is suited to the relatively shallow oil fields in California. By injecting pressurized steam into the oil reservoir, the pressure of the oil is increased and its viscosity reduced making extraction easier. As steam is injected into the ground, a process that takes several hours, the increase in pressure is enough to deform the surface by several millimetres. Following the injection phase, oil production can be resumed for several months afterwards during which time, the surface relaxes back to its decompressed state.

Precise monitoring of the minute ground surface movements that result from fluid injection and oil production enables tracking and optimization of the steam injection process and this is where GNSS systems come in.

To record ground displacements to the required mm-level and to have this information available in real-time, the GNSS receiver uses RTK positioning. This technique makes use of precise, multi-frequency satellite phase measurements and combines them with data from a nearby static base station.

As well as providing high-precision positioning, the GNSS system should be autonomously powered and require little in the way of maintenance or human intervention. The system chosen was the Resolute GNSS RTK from Alert Geomatics (a division of Xeos Technologies). The system incorporates a high-performance AsteRx OEM receiver board from Septentrio, data storage, CPU, battery and various communications modules. The entire system shown in Figure 2, can be run at less than 1.2 W and is powered by a solar panel. 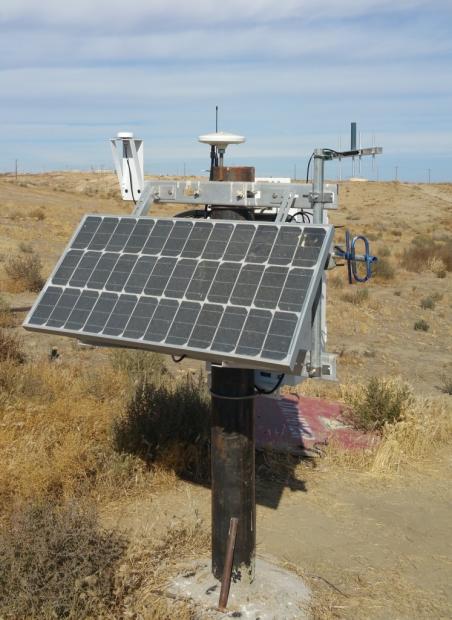 The Resolute GNSS system is used to ground truth tiltmeter data. Tiltmeters are very accurate at measuring small surface movements but they tend to drift over time. The GNSS receiver corrects for tiltmeter drift and provides its own precise measurements for an integrated position.

Figure 3 shows the Up, East and North deviations from the Resolute as measured in the days leading up to and after the start of a steam-injection cycle on the 5th June. The surface response to the injected steam is clearly resolved at the mm level. 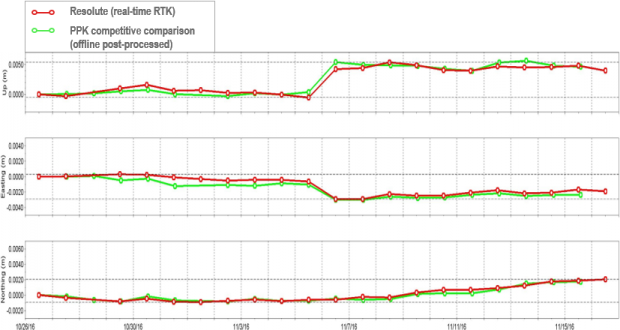 Figure 3: Average daily East, North and Up offsets from a reference point showing the surface deformation when a steam injection cycle is started on the 5th June.  The red data are from the Resolute RTK system and the green is an offline PPK comparison.

Using a network of such sensors over the entire surface of the oil field gives a full overview of the deformation. Figure 4 shows three snapshots of the vertical surface deformation measured at each sensor location between the start of the steam injection cycle at 8pm until three hours later at 11pm.

Figure 4: Surface plots showing the progression of surface deformation from the start of the injection cycle at 8 pm until 11 pm on the 5th June. The small crosses are tilt sensor locations and the black square is the Resolute RTK station.

Being able to precisely discern such minute surface deformation gives a fuller picture of ground response to steam injection leading to both a fuller understanding and ultimately greater control of the process.

From the California heat to the South Pole

The GNSS and geodetic reference station operator, UNAVCO have a Resolute unit currently acclimatizing at the McMurdo station on Antarctica preparing for its next mission. The lower light levels and lack of communications infrastructure in this harshest of environments play directly to the strengths of the Resolute.

From the California oil fields to the South Pole, the Resolute from Alert Geomatics is quickly gaining a reputation as the go-to system for low-power, all-in-one GNSS Earth monitoring and we wish it all the best in its future endeavors.